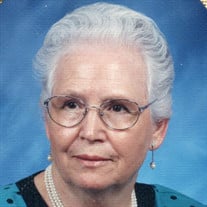 ADVANCE – Mrs. Nellie James King Graley, 92, formerly of Jesse King Road, went home to be with her Lord and Savior, Jesus Christ, on Monday, February 7, 2022. Nellie was born on January 11, 1930. She was employed by Hanes Knitting Company, where she retired after many years of faithful service. Nellie was a faithful and active member of Yadkin Valley Baptist Church while her health allowed. She was preceded in death by her parents, Samuel and Bessie Boyd James of Davie County; her first husband, Jesse Johnson King; her second husband, Ralph Graley; her siblings, Margie Huckabee, Floyd James, Jessie James, Clay James, Richard James, Mary Beth Clodfelter, and Laura Lee Durham; and stepson, Terry Graley. She is survived by her youngest sister, Myrtle Smith; a host of nieces and nephews; and stepchildren, David Graley and Debbie Dean. The family would like to thank the staff of Clemmons Village One and Mountain Valley Hospice for their loving care given to Nellie during her declining health. A graveside service will be conducted at 11 a.m., Saturday, February 12, at Yadkin Valley Baptist Church Cemetery with Rev. Ronnie Craddock officiating. Friends may pay their respects to Mrs. Nellie from 12 to 6 p.m., Friday, February, 11, at Eaton Funeral Home. Memorials may be considered for Yadkin Valley Baptist Church, 1324 Yadkin Valley Road, Advance, NC 27006.

The family of Nellie James King Graley created this Life Tributes page to make it easy to share your memories.

Send flowers to the Graley family.